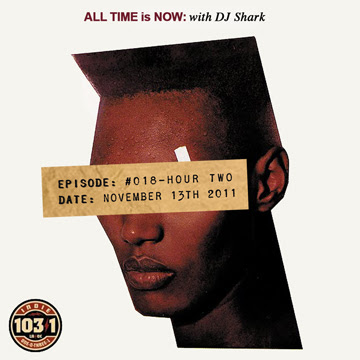 The BEST of ALL TIME is NOW
My playlist from Side B of Episode #018,
the second week of November...
- 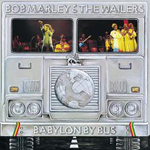 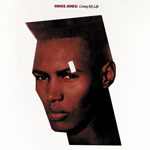 2. NIPPLE TO THE BOTTLE by Grace Jones
THIS WEEK in 1982: From Grace's Long Player, Living My Life. Backed by the Reggae Kings, Sly & Robbie on drum & bass. 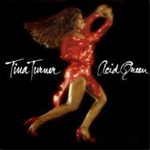 3. WHOLE LOTTA LOVE by Tina Turner
THIS WEEK in 1969: The Led Zeppelin classic was released this week in 1969 as a single. This remade/remodeled version is from Tina's second Long Player, Acid Queen in 1975. 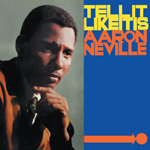 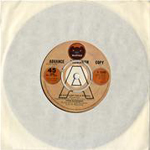 5. WE GOT TO GET YOU A WOMAN by Todd Rundgren
THIS WEEK in 1970: The debut 45 from Todd Rundgren, from his Long Player, Runt. 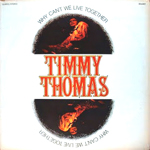 6. WHY CAN'T WE LIVE TOGETHER by Timmy Thomas
The million selling single, from the LP of the same name. Later covered by Sade.
HAPPY 67th BIRTHDAY to Timmy on Nov 13th 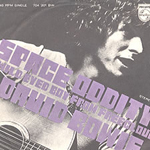 7. REGAZZO SOLO, REGAZZA SOLA (SPACE ODDITY in Italia) by David Bowie
THIS WEEK in 1969: The #1 hit in the UK. Bowie recorded a version in Italian, retitled, "Lonely Boy, Lonely Girl". 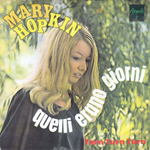 8. QUELLI ERANO GIORNI (THOSE WERE THE DAYS in Italia) by Mary Hopkin

THIS WEEK in 1968: Produced by Paul McCartney and recorded in six different languages; English, French, German, Hungarian, Spanish, Portuguese and Italian. A #1 hit around the world. 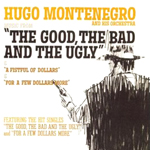 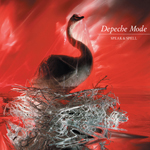 10. DREAMING OF ME by Depeche Mode
THIS WEEK in 1981: The debut single from the debut Long Player, Speak & Spell. 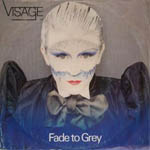 11. FADE TO GREY by Visage
THIS WEEK in 1980: The single single from the Steve Strange fronted band Visage. #1 in Germany & Switzerland. 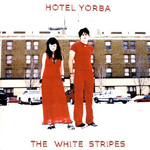 12. HOTEL YORBA by The White Stripes
THIS WEEK in 2001: From the Long Player, White Blood Cells. Actually recorded in Room #206 of the Hotel Yorba in Detroit. 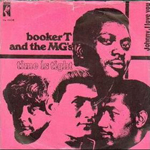 The classic Top Ten 45 from 1969. From the soundtrack to the motion picture, Up Tight. Later covered by The Clash on their EP, Black Market Clash.
HAPPY 67th BIRTHDAY to Booker T. on Nov 12th 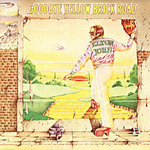 THIS WEEK in 1973: The classic double disc Long Player, Goodbye Yellow Brick Road. #1 in Canada, US, UK and around the world.