All Time is Now • Rock 'n' Roll Hall of Fame - Who's still waiting? 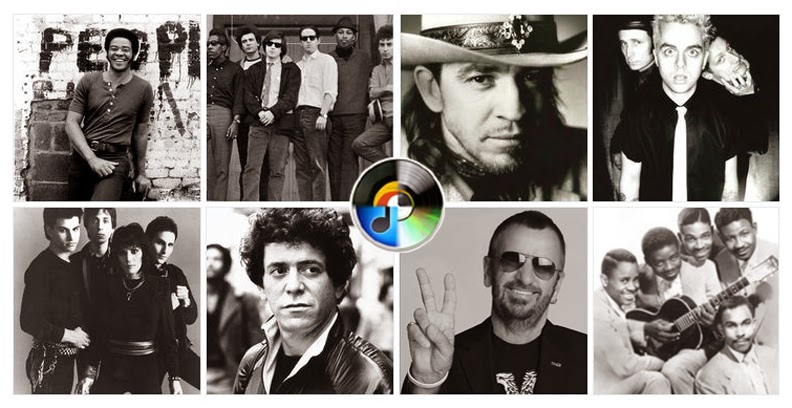 The following is a updated companion piece/blog to my Rock 'n' Roll Hall o' Fame radio special from April 2015 (link here) ('twas the last time I was inspired by the Inductees and at the same time angry about those left out) where I played all the winners and who I think should get in. Proudly, many of them I had championed have since gotten in (congrats).

But, first things first, Congratulations to this recent year's induction class of 2020 (in alphabetical order)...

Here in a little more detail is why the following artists are way, way overdue to join the Hall o' Rock.

KISS were first eligible in 1999 and waited 14 years. Kraftwerk are still waiting (eligible since 1996). And Abba got in before both of them!?! The Clash, U2, and Nirvana were rightly inducted their first year of eligibility. Sometimes it's obvious and sometimes it is down right head puzzling.

So after Nirvana’s first year eligibility induction last year, and Pearl Jam in 2018, we are now entering the Grunge era of the early 1990’s. So before we start ringing in Soundgarden, Smashing Pumpkins, Alice In Chains, etc. etc., let’s just take stock and let them all wait a few years, ‘cause the Rock and Roll Hall o' Fame has some long over due catching up to do.

THE MONKEES:
The RnR Hall is done pretty good job with all the classic sixties acts, but The Monkees somehow have missed out and really should have been in a long time ago (eligible since 1991). Yes, they were "actors" cast in a TV Show, but they were also became a great band, better even than most so called, “real bands”. They also had brilliant songs (written by Neil Diamond, Carol King/Louis Goffin among others) and more importantly made brilliant records; From the pure Pop of “I’m A Believer” to Garage-rock classics like “Not Your Steppin’ Stone” (covered by the Sex Pistols) to bubblegum, "A Little Bit Me", to the trippy Psychadelia of “The Porpoise Song” and their surrealistic counter culture movie HEAD. The show may have started out as a cash-in exploitation of "Hard Days Night", but they were funny and rocked subverted it into nothing less than the experimental roots of MTV! It’s just unfortunate that the RnR Hall didn’t get to this while Davy Jones was still alive, but they absolutely deserve to be there.

TOM JONES:
The Welsh working-class super-star. From his second single "It's Not Unusual" in Jan of 1965 to hot after hit. His TV show This Is Tom Jones (1669-1971) were you can see on YouTube duet with guests like Janis Joplin and Crosby, Stills Nash & Young and HE'S the one that's pushing them to be great! Also featuring curtting edge comedians like Richard Pryor, and George Carlin. And on to his resurgence in 1988 with his cover of Prince's "Kiss" with The Art of Noize. I could go on. Why is he not inducted already?!?!

If Donna Summer and Madonna can get in, well... Cher is a lifer and let's be honest, has a much more credible early career. Starting out as a background singer for Phil Spector (yes she sang on "Be My Baby" and "You've Lost That Lovin Feeling"), through to the classic Pop of the 60's, the 70's TV shows and on through the 80's and 90's hits. And it would be only fitting to induct Sonny as well, as a producer, song-writer ("The Beat Goes On" and "I Got You Babe") and the brains behind the act.

JOE COCKER:
One note, one word, one syllable from his voice and instantly you know it’s Joe Frickin’ Cocker! I'm sure many of you thought he was already in.

BAD COMPANY:
They have the hits, they have one of the best vocalist of the decade.

BTO:
The Number One band in the World circa 1974

KING CRIMSON:
Sadly, still considered a long shot. The Robert Fripp led band were the very first Prog Rock band to release an album in 1969 (recently sampled by Kanye West). On through their reinvention in 1981 with the addition of guitarist, Adrian Belew and Peter Gabriel's bassist, Tony Levin. Their 1980's albums created an unlikely yet successful blending of Prog, New Wave and Art Rock that influenced (directly and indirectly), Talking Heads, XTC, The Orb, Nine Inch Nails and Radiohead.

SIOUXSIE & THE BANSHEES:
Along with Bauhaus, and The Cure, they invented an entire genre. And were truly subversive while also infiltrating popular culture and still sounding like no one else but themselves. With some of the weirdest, darkest and at the same time, fun, upbeat Top 40 hits ever.

DEVO:
The art rockers from Akron, Ohio have only become more relevant and influential over the years.

KRAFTWERK:
The influence of Kraftwerk (eligible since 1995!) cannot be exaggerated. These guys were so far ahead of their time it is staggering. Their ground breaking left field electronic 45, "Autobahn" was an International smash AND came out back in 1974!?! Not only inspiring an entire genre and every single damn EDM artist that has followed, their influence is felt with every Synth New Waver, Industrial band, Modern Rock (Coldplay and U2), to Hip-Hop's use of drum machines and synths, music has changed and we all owe Kraftwerk a huge debt. This is beyond a joke that the Man-Machines are not in yet. Maybe Jann Wenner (Hall president) isn't hip to this thang either, but it cannot be put off another year.

NEW ORDER / JOY DIVISION:
The RnR Hall put Faces/Small Faces together (two different lead singers) so it would be appropriate to honour both these influential bands together. Would the original band perform together or pull an embarrassing Blondie ("I have my own bass player") scene?

ALTERNATIVE: The Smiths • The Replacements • Pixies


THE SMITHS:
Nominated this year, they deserve it for cutting out a unique part of the sonic landscape that belongs to them and only them. Plus, you know Morrissey won’t show up but will write a funny, sarcastic, bitter, dismissive note to his ex-bandmates and everyone else involved. But it better be The Smiths before Pearl Jam, etc. etc. (just sayin').

PIXIES:
One of the most influential bands of the late 20th Century. Nirvana owned up to copping their style. Bowie tried to (with mixed results) with Tin Machine. No one does LOUD-quiet-LOUD like the Pixies.

THE REPLACEMENTS:
Out now by unpopular demand, rocking around America. Something thought impossible just sixteen months ago. Let them take a well deserved victory lap and give them all of the Goo Goo Dolls song writing royalties while we’re at it.

SNOOP DOGG:
He's gonna get in, he deserves it, he can wait.

PATSY CLINE:
One of the greatest singers of the 20th Century (period).

Posted by DJ Shark Radio at 1:18 PM No comments: