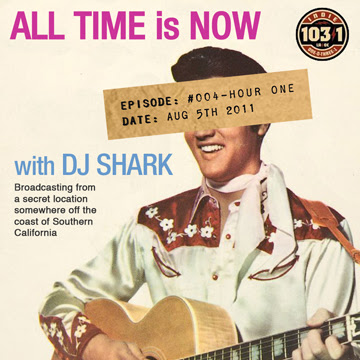 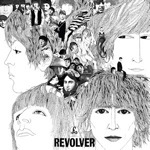 1. TAXMAN by The Beatles
THIS WEEK in 1966: The seventh Long Player from The Beatles, Revolver kicked off (for the first time) with a George Harrison song,"Taxman". FYI; The Tax Rate in the UK in the mid 1960s was a staggering 90%! 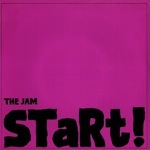 2. START! by The Jam
THIS WEEK in 1980: The #1 hit from The Jam Long Player, Sound Affects. Maybe a little too influenced by The Beatles "Taxman". 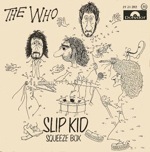 3. SLIP KID by The Who
THIS WEEK in 1976: The second single from the Long Player, The Who By Numbers. 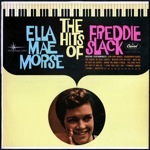 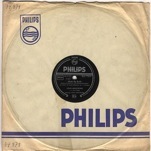 5. MACK THE KNIFE by Louis Armstrong and his All Stars
The Louis Armstrong classic from 1956. Written by Kurt Wiel & Bertolt Breckt from their play, The Three Penny Opera. Louis' version was Banned in the UK for it's violent lyrics.
HAPPY BIRTHDAY to Louis on Aug 1st (1904) 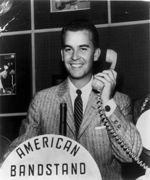 • SONIC HISTORY LESSON: AMERICAN BANDSTAND
THIS WEEK in 1957: The Philadelphia based popular after school music show was broadcast as a planned summer replacement for 5 weeks. It became an instant Nation-wide hit and was on the air well into the late 1980's. The theme tune was a Swing tune from The Les Elgart Orchestra, "Bandstand Boogie" in 1955. 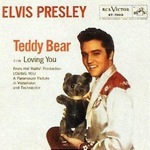 6. (LET ME BE YOUR) TEDDY BEAR by Elvis Presley
THIS WEEK in 1957: And the number one song in the country that same week was Elvis Presley's classic "Teddy Bear". 7. BABY LIKES TO ROCKET by The Tractors
THIS WEEK in 1994: The biggest and best selling Country hit of 1994. From The Tractors debut Long Player, The Tractors. 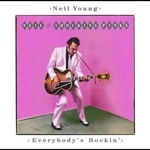 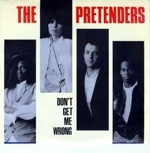 9. DON'T GET ME WRONG by Pretenders
THIS WEEK in 1986: From the Long Player, Get Close. 10. THE WORLD AND HIS WIFE by Elvis Costello & The Attractions with the TKO Horns
THIS WEEK in 1983: From the Long Player, Punch The Clock. 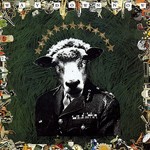 11. WAY DOWN NOW by World Party

THIS WEEK in 1990: From the Long Player, Goodbye Jumbo. 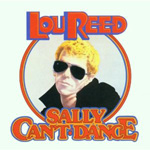 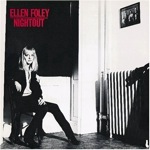 13. WHAT'S THE MATTER BABY? by Ellen Foley
THIS WEEK in 1979: You know her voice from duets with Meatloaf and The Clash. Her debut Long Player, Nightout was produced by Ian Hunter and Mick Ronson. 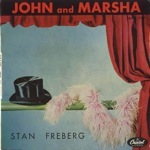 14. JOHN and MARSHA by Stan Freberg
THIS WEEK in 1951: The debut 45 from Author, Radio Personality and Puppeteer, Stan Freberg. Despite only having two and a half words, was Banned in the UK by the BBC.
HAPPY 85th BIRTHDAY to Stan Freberg on Aug 2nd 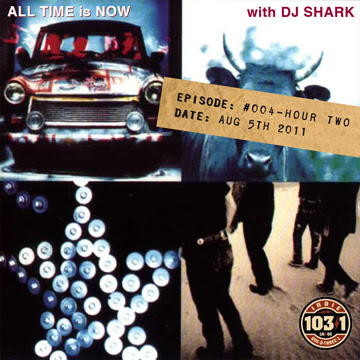 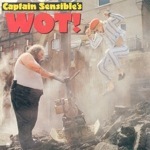 2. THE MESSAGE by Grandmaster Flash and The Furious Five
THIS WEEK in 1982: The Hip-Hop track that changed everything that came after it. Added to the United States National Archives of Historical Recordings. 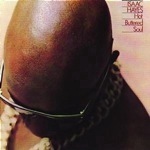 • SONIC HISTORY LESSON: MTV PREMIERES
THIS WEEK in 1981: The first broadcast at Midnight Aug 1st was actaully only seen by a potential audience of a few thousand on a New Jersey cable station but it would soon influence everything from music, films, advertising, and culture itself. 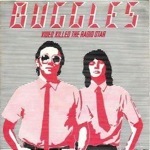 5. VIDEO KILLED THE RADIO STAR by Buggles
THIS WEEK in 1981: The very first video from the debut of the Buggles from their 1979 Long Player, The Age of Plastic. 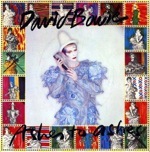 6. ASHES TO ASHES by David Bowie
THIS WEEK in 1980: The classic video and song from Bowie's Long Player, Scary Monsters and Super Freaks. 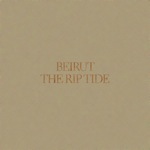 7. SANTA FE by Beirut
THIS WEEK in 2011: Brand new music from the Santa Fe band, Beirut. From their upcoming Long Player, The Riptide. 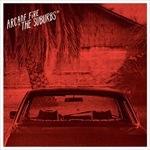 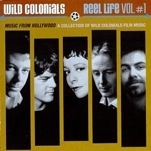 9. BROKEDOWN PALACE by Wild Colonials
THIS WEEK in 2000: My band, the Wild Colonials cover of the Grateful Dead classic from American Beauty. From the Wild's compilation, Reel Life: Vol #1.
HAPPY BIRTHDAY to Jerry Garcia on Aug 1st (1942) 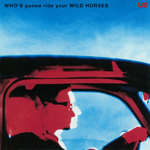 10. WHO'S GONNA RIDE YOUR WILD HORSES (The Temple Bar remix) by U2
THIS WEEK in 1992: The single version of the track from the Long Player, Actung Baby. 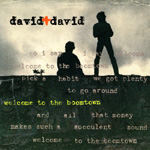 11. WELCOME TO THE BOOMTOWN by David+David
THIS WEEK in 1986: The lead single from the only Long Player from song writers, David Baerwald and David Ricketts. From their 1986 Long Player, Boomtown.

Posted by DJ Shark Radio at 1:30 PM No comments: